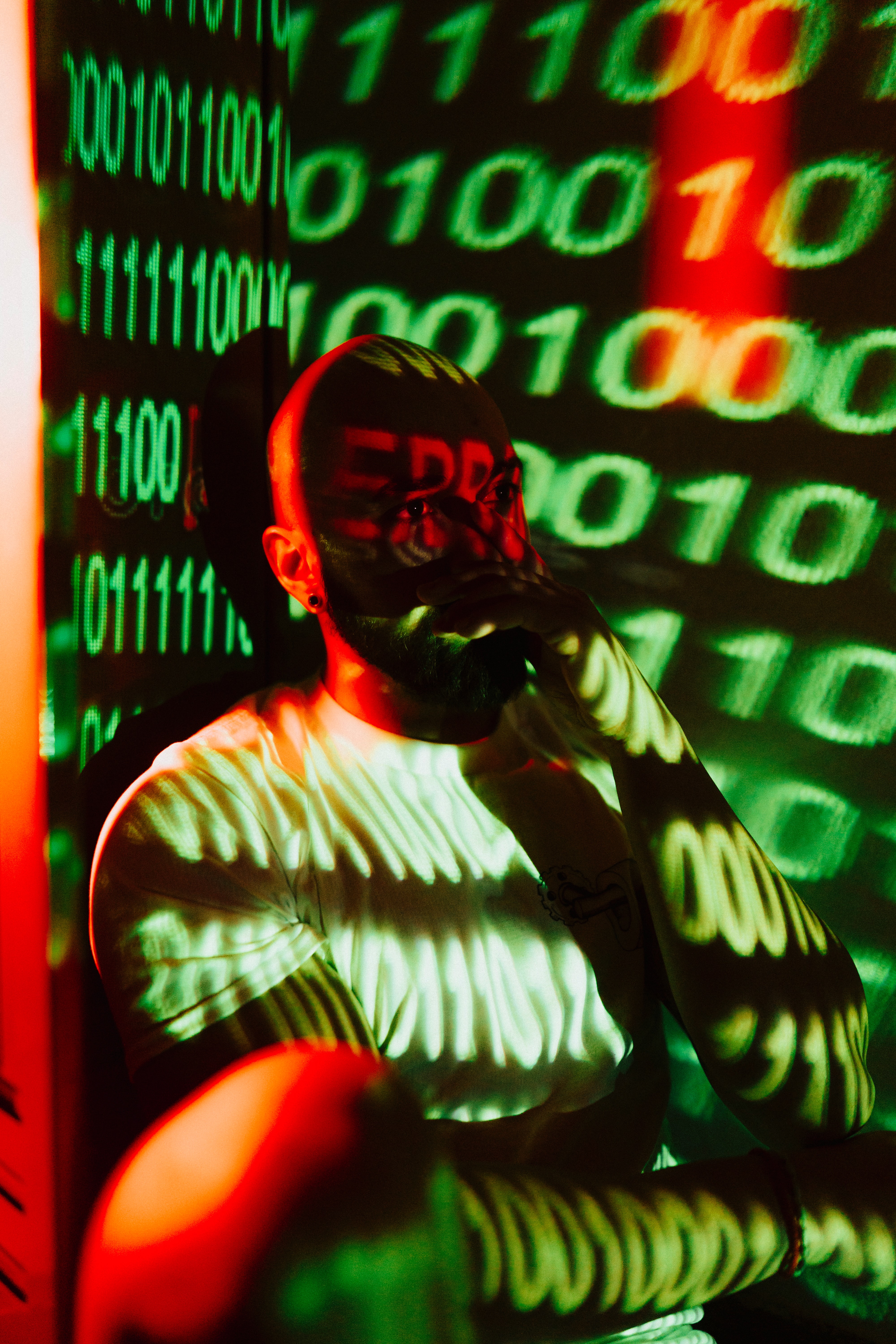 Benefits of this Mental Model?

Code-Execution is necessary for any cyber attacks. We need to:

What background do I need?

For starters, consider reviewing the first two parts of this series:
Attacks that intercept users’ IDs & passwords don’t need Code-Execution on victims’ devices (aka Adversaries-in-the-Middle in general). Cheap deception tricks users with fake interfaces, capturing secrets (including One-Time-Pins) for attackers’ to abuse. The following case is legit messages mixed with a scam. Some malicious URL links even contain brand names like bank or telco names.
Code-Execution may involve some forms of deception (e.g. looks like PDF icon but actually an executable file), like a message to convince you that you have some delivery invoice, a resume for HR personnel to review… but it can also be carried out WITHOUT any form of users’ interactions as shown in the next diagram.

An attacker send payloads either:
For the first case, attackers simply scan networks (Info Gathering phase) to find a vulnerable point to exploit.
ℹ️
Just to shed a bit more details on how reusable exploits are, it is as brainless as scanning tool automatically figuring out which exploit to use for specific version of vulnerable software, then deliver it to vulnerable port or service…& Boom (like the poop-hit-the-fan below)! Remote attackers get a foot-hold into your networks just like a recent MS Exchange vulnerability & some smarty pants “researcher” released a free POC that works!
For the infiltrating client zones without exploiting directly exposed vulnerabilities, it usually requires some deception to get victims to interact with some “bad stuff”. Either way, remote attackers will need some form of signal that malicious Code-Execution was successful. Internet provides both the payload-delivery & signaling channel.
Code-Execution aka Arbitrary Code-Execution, means running any instructions (aka codes) on the target. Publicly exposed networks ports are the so call “Low Hanging Fruits” mentioned in my Part 2 of this series. More exposures ⇒ more “oxygen” (accessible) for “fires” (attacks) to burn. To reduce risks (probability):
How about assets without exposed ports or services? Using a TV remote analogy. A successful Code-Execution is like attackers stealing remote-controls of your TVs. It happens so quickly that in a few eye-blinks, backdoor installed & remote C2 session is started. With remote control, attackers assert Command & Control (C2) over compromised assets that are usually not reachable directly. Attackers can issue commands & codes to move on to other sub-objectives (boxes below) once C2 sessions are acquired.
Every attack sub-objective requires some form of Code-Execution. Part 1 covers strategy, Part 2 explains how attackers RINSE & repeat their offensive TTP? And here, Part 3 focuses on the key to most offensive campaigns: Code-Execution, the enabler for most offensive tactical outcomes. First thing first…

How do users run codes?

There are essentially only THREE types of Code-Execution:
It’s either abuse system features or exploit bugs. Code-Executions tend to be chained together (aka Multi-Stage), e.g: Exploit (Type 3) → Shell scripting (Type 2) → download & install a Ransomware Executable (Type 1). So is this model applicable to NON-Windows platforms?

Someone said (I can’t remember who): Linux is the new firmware! Majority of IoTs are powered by Linux. Whatever codes compile for Intel chips, can be re-compiled to port to let’s say ARM processors. The output files of such code compilation → Type 1 - Malicious Executable!
But why bother to go through the trouble of compiling again & again for different hardware when Python is widely installed by on Linux: Type 2 → Abuse a System Tools that is commonly present!
Oh how about Log4J vulnerability that was raging recently? When it comes to bad stuff, Java is close to Write Once, Exploit Anywhere: Type 3 → Exploit & Profit!

Don’t feel like paying for that cool Android or iOS app? Let’s “Root” (escalate privilege within) the smart-phones to install apps NOT from official app stores. Some “savvy” users like “free” Android APKs, which are binary executable files: Type 1 problem.
A poorly implemented Web application that uses the infamous Eval() function (offered by scripting languages such as Python, Javascript, PHP…): Type 2.
A common used Bluetooth stack with flaws that can be exploited remotely to trigger Remote Code Execution at privileged level without any user intervention or notice: Type 3.

Chasing After “BAD” is ENDLESS

Look! A SOC engineer in his natural habitat, running in a Threat-Mill… (as narrated by Sir David… neh just kidding, but the burn-out is for real!)
Now let’s us use your newly acquired Mental Model & review prevailing industry practices w.r.t each type of Code-Execution.
Dan Heath’s book “Upstream” challenges readers to look “Upstream” to be more preventive, instead of solving “Downstream”. In this case chasing after artefacts generated after problems occurred (e.g. malware sample files, hashes, C2 server addresses…) is a “Downstream” Sisyphus’s curse.
🔥
We are paying “Downstream” subscriptions (some party to maintain DenyLists, chasing after “bad”) for signatures of transient artefacts, while attackers are evading sensors for FREE rapidly. There will always be significant lag & blind-spots with DenyList approach (aka Blacklist, apologise if anyone gets offended with color).

Solving it “Upstream” Requires a Shift of Focus

🎯
Away from an infinite set of “bad” transient artefacts, but to focus on identifying a finite set of legitimate processes that requires network & cross-process communications within your networks & use-cases.
But why just these two activities!? Remember the TV remote control analogy? A majority of bad processes (e.g. Trojan, RAT…) need to “call” back to a C2 server the Internet. But even before a C2 session can start, ALL Multi-Stage Code-Execution will eventually egress for more payloads. Reusing a diagram I shared in my Part 2 of this series:
But Jym… there’s removable storage, file-shares & other NON-network channels to deliver malware. Which is why disrupting Type 1 Code-Execution without the administrative pain & cost matters!
⚠️
“Detection Engineering” for those faded-out boxes is essentially “Downstream” seeking.
💪🏼
Focus on the 2 blue circles in the earlier diagram to disrupt attacks “Upstream” (early) to lower probability of “Downstream” problems!

Disrupt Code-Execution without a DenyList?

The “Downstream” ways focus mainly on DenyList. The “Upstream” approach inverts it by building painlessly (aka process-profiling) an “AllowList” that is relevant to your networks.
🧠
By ensuring legitimate processes that regularly communicate on networks & across-processes function properly, we effectively deny other processes NOT in this list.
As a result, much higher Signal-to-Noise ratio without the alert fatigue. Even if there were infrequent legit system processes that may end up being suspended for reaching out to the Internet, backend monitoring operations have that benefit of time to investigate.
Suppose it were an attack C2 session, attackers would have advanced within networks quite quickly even before defenders can react & contain manually. Infrequent (because the frequent network-bound processes would have already been profiled, reviewed & either allowed or denied) disruptions lead to discovery (solves we don’t know what we don’t know) of something to learn & decide. So how are we going to disrupt each type of Code-Execution?

Talk is cheap! Let’s see it in action!

As shown in the video, once we switched endpoint to Protect mode, well… it’s protected! By learning this Mental Model, it helps the analysts to decide DURING THE PROFILING PROCESS.
Upcoming revision will be posted on https://free.edr.sg & links to hands on tutorial for Windows Event monitoring will be updated @ https://jym.sg/cyber-security-in-7-weeks! Now that you have a better idea of Code-Execution using this model, let’s use it to understand a typical infiltration scenario.

A Disrupt-to-Discover (Before vs After) Scenario

Imagine a HR personnel received a malicious CV or resume. What happens when Code-Execution is not disrupted & attacker gains a C2 session over the HR terminal? An attacker can proceed to remotely view Organisation Chart hosted within an Intranet web server as shown below as part of Internal Reconnaisance process; to figure out who’s next (e.g. who are the system admins?):

Let’s say the involved offensive technique is custom & fresh from Threat Actors, so no signatures for a novel way of abusing system tools. As far as network layer visibility is concern, there’s really nothing unusual for a HR (compromised) terminal communicating with another network port exposed by Intranet web server, to request for a Org-Chart web-page. What network sensors can see is only up to network addresses & ports. We have no idea of which process is talking to which (yes, the web service is a piece of software) process across the network.

But when we have telemetry (Process → NetworkConnect events) showing us which process is communicating on network, we can now see that there are in fact two distinct processes (Powershell & Browser) connecting to the Intranet Web Server.
As shown in the earlier demo, after switching from profiling to protect mode, the FreeEDR host agent will suspend any “new” process-profile that it has not “seen” before.
🔰
Defenders have the benefit of time to investigate carefully because the moment ANY covert unprofiled process that initiates an outbound connection (inclusive of resolving DNS) would be suspended. The attacker does not even have the chance to view the Organisation Chart since it can’t even establish a C2 session!
With appropriate timeline presentation (still working on it, I suck at UI), a defender-analyst can see that the Powershell is launched shortly after viewing the so call “CV” by the affected HR personnel. This background (covert pivot) process is also likely to communicate both to the Internet C2 server & laterally to the Intranet web server.
Even if it were not malicious, the monitoring crew learns a new infrequent system behavior that can be allow-listed & propagated to the rest of the endpoints. Since the guarding host sensor also learns about cross-process activities & which program-processes are often sighted with Parent ProcessID spoofing, any future exploits that spoof or injects into an allowed process to piggy-back egress networks will also be suspended. E.g. The Powershell in the earlier diagram can spawn a hidden browser child process, spoof parent-process as Explorer & then injects codes to start network communications.

Does it mean “DenyList” are useless?

No. It’s simply not useful to track superficial Executable-File features that can permutate very rapidly for free to evade signature-based detection. For Type 1, during profiling, we need to quickly zoom into the files that have “bad” file ownership AND that are egressing to Internet!
https://lolbas-project.github.io tracks various System Abuses (Type 2) for Windows OS. Instead of being concern with every function & tool, we focus on Download & network-access functions. A denylist to highlight commonly abused System Tool file name, which is useful during profiling phase.

What about Admins (aka “Snowden” problem)?

Suppose the scenario was with a Window System Admin, then there’s a chance some system commands (e.g. Powershell) may be communicating on networks. Since my Process-Profiling captured Powershell session as a foreground session & can confirm with the user (who is admin), then future execution of the same or similar CommandLine will be unhindered.
🔰
As monitoring operations, we want to zoom into those that are reaching out to the Internet & question: Who owns those destination network assets? Are these destinations part of valid configurations or expected?
When we link process-to-network telemetry to electronic records of Systems Change Management (meaning admins should submit both scheduled & ad-hoc activities) to correlate with commands used or issued by system administrations, such that we can quickly zoom into anomalies that are not part of any legit change requests (admins doing sneaky things).

When we use defensive methods that address a BROAD range of (techniques, the 2nd T in TTP) Type 1 Malware, Type 2 Abuses of system tools & consequentially disrupting Type 3 Multi-Stage Code-Execution, figuring out which reports matter (or to ignore) becomes easier because:
🧠
With this Mental Model in mind, (re-)reading technical threat reports with this Code-Execution model-lense will let you notice recurring patterns. Enjoy saving your precious time! You’re welcomed!
Want to learn more? Check out https://jym.sg/cyber-security-in-7-weeks